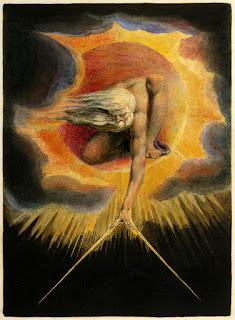 Each year, Advent puts a question to us.  It asks us what our values truly are.  This is because at no other time of year does liturgical time seem so dislocated from secular time.  Even against the backdrop of political turmoil when the future is uncertain, this is not a time of year when reflection is easy.  The traditional Advent focus on the Last Things, death, judgment, hell and heaven sits uneasily alongside Christmas fayres and lights and shop windows.  We wish we could sustain for these brief weeks what Philip Larkin called the ‘hunger to be more serious’, for then what a joy Christmas Eve would be.  Will we achieve it this year?

It’s easy for preachers in Advent to rally to the cry against consumerism and the plea for a less materialist and a more charitable, frugal, spiritually aware way of celebrating Christmas.  But we need to be careful, because we are all implicated in the values of our society and its febrile, often superficial approach to this season that prefers frippery and feel-good to real depth of challenge and possibly some pain.  So without pretending that I have any easy answers about how to observe a good Advent, I should like in these coming weeks to suggest values that could focus on its deeper meaning for us as Christian people and help us on the path towards spiritual intelligence.

My first value is longing.  Longing, hunger, desire, is basic to the human condition.  We would not be human if we did not long for what we do not have to enjoy.  I am not speaking of selfish gratification here – I trust we have moved beyond that.  Globally, we long for a safer, more peaceful world, an end to human cruelty and the kind of terror we have seen in India in recent days.  We want to see the endemic needs that diminish the lives of so many met in a lasting way: poverty, hunger, disease.  In our nation we long for wholesome communities where neighbours care for one another, where there is a more developed instinct for what is right and just in our midst.  More personally we long for fulfilled intimate relationships, satisfaction in our work, the healing of what is broken within us, the feeling that our lives make some kind of sense.

We long for these things.  And when I say we ‘long’ for them, I mean more than that we merely wish for them or sigh for them.  True longing engages our passions and our wills.  It involves the commitment of our entire being.  It does this because we know that human life is marred and flawed without the things we long for.  More than that, our very longings themselves are signs that we still have the capacity to envisage a better future for others and for ourselves.  Not to long for a better tomorrow would mean to settle for the compromises and shortcomings of today.

Advent presents us with the prospect of the future.  It is, as theologians say, eschatological.  Its thrust is tomorrow, what is coming upon us and upon the world, and how tomorrow influences and shapes how we think about today.  But ‘tomorrow’, for Christianity, is not what blindly evolves out of today as events unfold.  If we thought we were at the mercy of the relentless chain of causes and effects, we would be better not to dwell on the future too much, for we would be overwhelmed with hopelessness and possibly despair.  But to focus on God’s tomorrow is to ponder how he intends to shape the world and us with it in order to bring about his good purpose.  So Advent challenges our habit of thinking about the future as somehow inevitable, whether it is the march of progress towards an ideal utopian future as much of the nineteenth and twentieth centuries assumed, or whether it is the collapse of civilisation into the dystopian abyss of anarchy and chaos.  The optimists and pessimists are both wrong: neither the best nor the worst will happen come what may.  Instead, the Bible gives us the vision of a re-imagined God-shaped future and invites us to begin to craft our present in the light of it.

When Jesus came into Galilee proclaiming that the kingdom of God was at hand, this is what he meant.  He believed, as his contemporaries did, that God would shortly bring history to an end and usher in the new era of righteousness and peace.  Some of you standing here will not taste death until you see the kingdom of God come’ he said.  So is our New Testament reading, Jesus finds a donkey and comes riding into Jerusalem on it, deliberately fulfilling the prophecy of Zechariah that this is how Zion’s king would arrive in his city.  And the crowd’s hosannas, culled from an acclamation in one of the royal psalms, tell us that the people knew exactly what they were seeing and celebrating.  ‘Blessed is the one who comes in the name of the Lord!’.  The kingdom is upon us.  The old is about to be swept away and with it, all that depraves and corrupts human life.  Behold, the new is here.

I said that the people knew what they were caught up in.  The truth is that they did and they didn’t.  This is the critical point.  They thought that this messianic act was nothing less than the inauguration of the eschaton.  The last days had arrived, and with them, the overthrow of Roman political power and the reinstatement of Israel as the kingdom of the saints, ruled over by one like the Son of Man coming on the clouds in power and glory.  And when the man on the donkey wreaks havoc in the temple precinct, and goes on to speak about how not one stone of the temple would be left standing upon another, his messiahship seems assured.  How could anyone doubt that their ancient longings were about to be fulfilled before their very eyes?

But we know, as they did not, that less than a week later this messianic hero would be nailed to a tree.  And for those with eyes to see, this gave a wholly new meaning to words like ‘messiah’, ‘king’, ‘Son of Man’.  It radically re-defined what it meant to pray ‘thy kingdom come!’.  And if so, then it inevitably put a question against what the people had shouted for on the roadside into Jerusalem.  ‘Blessed is the one who comes in the name of the Lord!’ – indeed; but not like the great stone of the apocalyptic writings hurled from heaven to crush to dust the great world empires.  Rather, to confront humanity with the truth and for the sake of that truth to die.  The crowd thought it knew what wanted.  But the passion unfolded a more excellent way.  This was to do with altogether more profound hungers and desires, deeper than the crowd could ever glimpse or dream of.  It exposed the shallowness of what they shouted for.  The very fact that it took just days for the cry of hosanna to be poisoned into crucify tells us this.

I am saying that it is good to have longings and hungers, but by itself it is not enough.  We must educate our desires, learn to hunger accurately, so that they become aligned to God’s own longing for the world and the redemption of the human race.  It would take a Saint Augustine to explain what this means.  But we could meditate in Advent on his profound insight that all our desires are fundamentally desire for God.  It’s only that sin has twisted and distorted them so that they become focused not on the Creator but on the creature with all the self-absorbed disordering consequences that idolatry always leads to.  Advent, I think, comes as an invitation to look at what we really want out of life, and what we want for the world, and to set it alongside and allow it to be interpreted by what Christian faith tells us is the source of true and lasting joy.  Advent can help us not only to understand and befriend our desires, but to try once again to focus them on God and his good purposes.

This is how we shall learn how to cry hosanna to the king and to welcome him when he comes.  This is how our hearts, so restless at this edgy time of year, will find their rest in him who is the hope of creation and the Desire of Nations.